Publishing date:
This article was originally published: November 13 2013
It may therefore be that some links do not work anymore.

Disaster:
A family member who is studying, had on a USB memory stick all the writings of one year are studying.
The disaster occurred when a laptop with the memory stick into a USB slot fell off the table, making the memory stick broke into pieces.

USB memory stick:
The Laptop was OK but the connector of the memory stick broke off of the USB PCB including the copper pads.
They asked me if I could fix it so that all the information on the stick could be saved.
After an hour trying to get the USB stick working again, I eventually succeeded and I could download all the data to the hard disk.

The family member was pleasantly surprised that all text files on the USB memory stick, one year of studying, were rescued and in return I got a bottle of single malt whiskey. 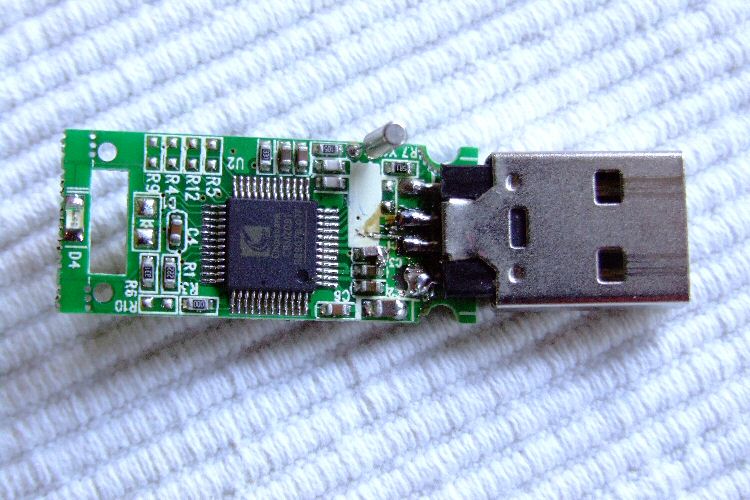 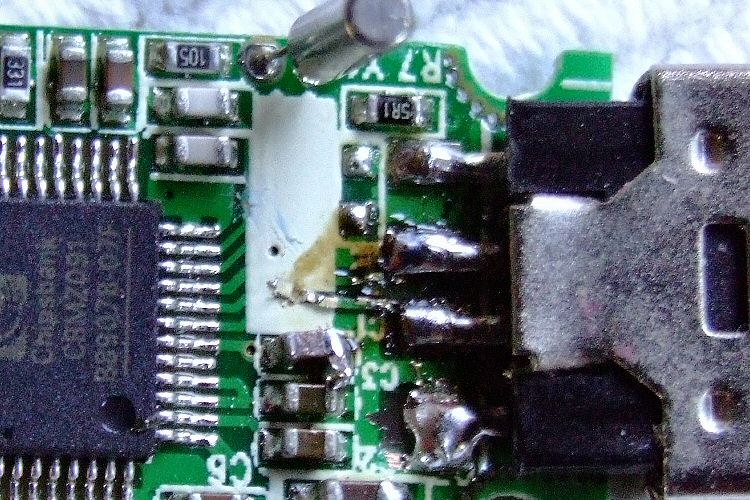