Curacao:
But now PI2NOS went overseas to the island of Curacao in Caribean Sea, a distance of about 7842 kilometers or 4873 miles between Amsterdam and Curacao.
The repeater operates there under the callsign PJ2NOS and is via the Internet attached to PI2NOS in the Netherlands.
The internet connection is fast enough so that radio amateurs on Curacao easily can log in to the Dutch repeater.
The PI2NOS website shows how the repeater system works, see: PI2NOS Repeater 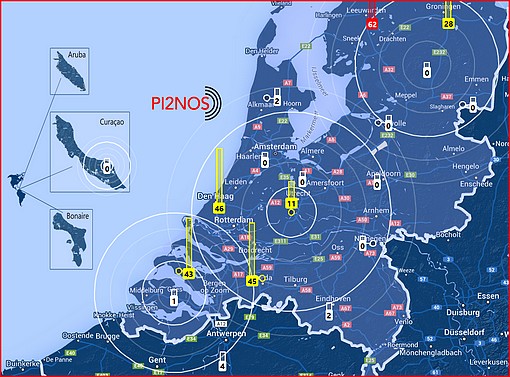